The Plane of Death

What others refer to as the plane of Death the Durskald recognize merely as an overabundance of entropy. No other people are as comfortable with the concepts of death and resurrection as the Durnskald are, being taught from their earliest years to embrace Azca and Entropy as long lost friends. Durnskald do not generally fear death as it is viewed as merely a transitive state for them, which is reinforced when the plane of Death overlays reality and those lost to the dread ferryman walk Ahn-Azzex anew. There are a few places in the Darklands where the barrier is less mutable, generally and perhaps somewhat ironically close to Death Gates.

Death Gates are relics of the long lost dwarven empire of Oster’Toth, known as the Death Speakers. The gates serve as direct stable doorways between the realms of life and death, Azca and Entropy, and are a sobering reminder of the fate of those who tamper with the weave of reality because any Durnskald that passes through such a gate doesn’t come back without the intervention of the gods. 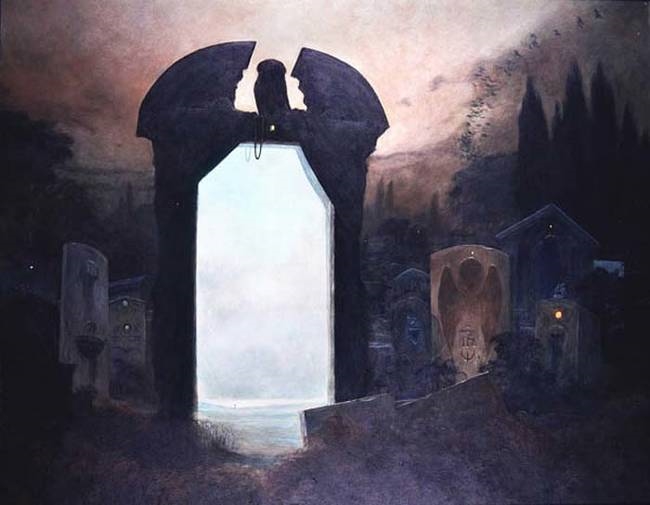 The Plane of Death